A 58-year-old window washer who fell 11 stories from a building onto a moving car is "fighting for his life" and opens his eyes when relatives speak to him, his family said Tuesday.
The man's name and hometown have not been released.
"We are amazed that he fell from such a high distance and still survived. Landing on the car really helped, and we are so thankful for that," the man's family said in a statement released by San Francisco General Hospital. They family asked not to be identified.
Police said the man was moving equipment on the roof of a bank building in San Francisco's financial district and not on a window-washing platform when he fell at 10 a.m. Friday crashing against the roof and back window of a sedan.
"He is a stubborn, strong man, and he is fighting for his life. He has had several surgeries and is still in critical condition, but doing a little better," the statement said. "We would also like to thank San Francisco General Hospital and all the doctors that never left his side. They have exceeded anything we could have hoped for him."
Many came forward to help the man when he fell, including a nurse who was walking by in the area. No one else was injured, including the driver of the car the man fell on.
The family thanked the nurse and firefighters who helped him and said the man, who has a wife and three daughters, is doing better than doctors expected, according to the statement.
Dr. Paul Doherty, a physics professor and senior scientist at the Exploratorium in San Francisco, said it took about three seconds for the man, falling at an estimated speed of 60 mph, to hit the car, which acted as a big shock absorber and saved his life.
"He crushed the roof in a part where there were no reinforcement pillars and that allowed the roof to collapse more than a foot, maybe even two feet, under him and spread out the impact," Doherty said.
"The fact that he hit that car at the right time it's just amazing," he added. "He is a really lucky guy."
The man was working for Concord, California-based Century Window Cleaning, said Peter Melton, a spokesman for the California state Division of Occupational Safety and Health. A company official declined comment Tuesday. 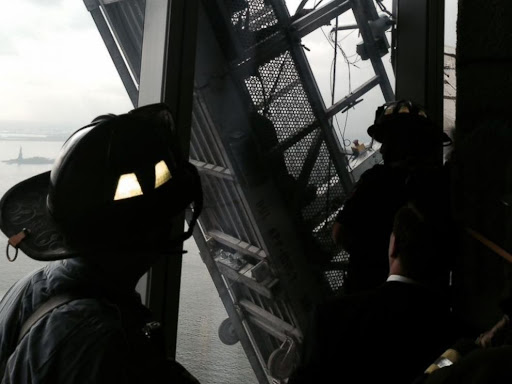 Trapped Window Cleaners Rescued From 1 World Trade Center Nov 12, 2014, 2:25 PM ET
Firefighters cut through a glass window on the 68th floor of 1 World Trade Center this afternoon in New York, successfully rescuing two window washers who were left dangling in a scaffolding unit after a cable broke during a routine cleaning. The two workers were believed to be secured by their safety harnesses while a rescue plan was being enacted and helicopter views show dozens of fire officials inside the glass windows as they were waiting to get the cleaners out.“They’re safe. Fire Department is doing what the Fire Department does. They’re talking to them,” a Port Authority official told ABC News.
New York Fire Department PHOTO: The FDNY posted this photo to Twitter on Nov. 12, 2014 with the caption. "Now: #FDNY rescuing workers trapped on scaffolding outside 1 World Trade Center. View from the 68th floor." When asked how long the rescue will take, the official said it will "probably… 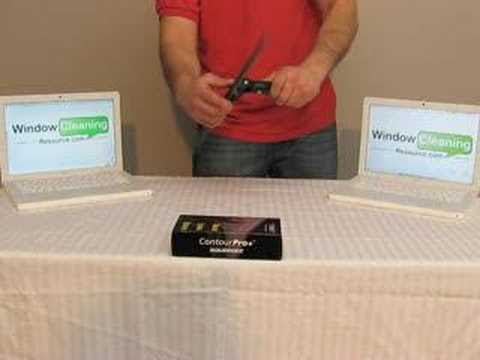 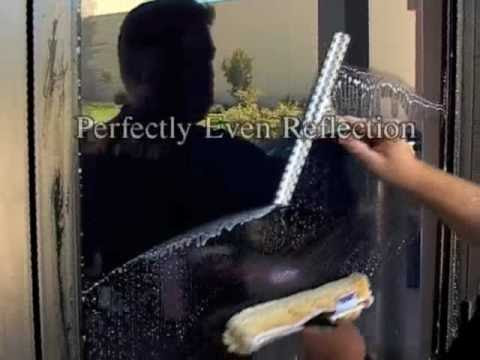 The best window cleaning guide on the web.

An indepth look at exactly how to clean windows like a professional to make your glass sparkle and streak free!


Cleaning Tips - How to clean windows like a professional - Part 1


Cleaning Tips - How to clean windows like a professional - Part 2